It’s all connected up you know.

Someone ‘liked’ my little Instagram picture of straw skepmaking in the Strid Bodgery.  Just an aside, I wish they’d used other words than ‘like’ and ‘friend’ on the Big Imaginary Tree of Knowledge.  The thumbs up is more like it.  Anyway, the liker (we don’t have friends on Instagram, but scary ‘followers’.  Just another quick aside, I do find it hard in my dotage to distinguish in my memory the difference between following and followers – who is following whom?) ahem, yes the liker was erthewoodworks.  Well she’s really known as Susan (much more friendly name!).  I had a look at her pictures and then her website. 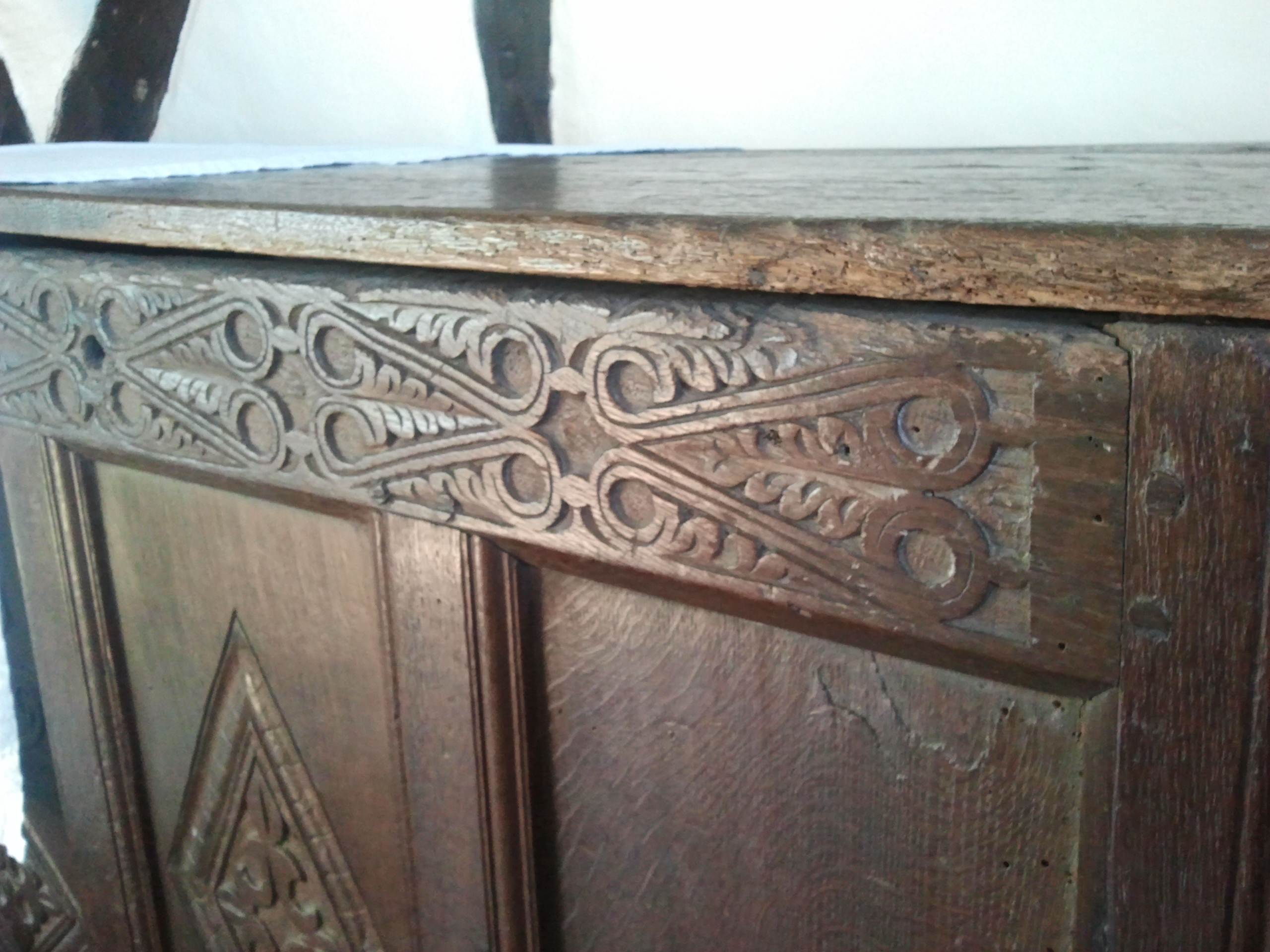 Susan’s not been posting on her blog for long, but there is great potential so I’m adding her to my Netvibes dashboard.  She’s interested in old oak. Like Rivers Joinery and myself.  We should form a club of oakies, there seem to be few of us in the UK with a working interest in our carved oak heritage.  Any other UK oakies, please get in touch by a comment below.

OK the connection came from Susan’s blogroll (list of interesting twigs on The Tree (Bitok)) link to Tools and Trades History Society. As I examined the leaves on the TATHS twigs I fell upon an amazing resource:

This 1988 issue of the TATHS Journal contains an article by Ray Tabour on The Craft of Riving Wood.  The article is the best resource I’ve found on splitting or riving hazel rods.  Ray wrote the article from the knowledge of the remaining skilled workers.  Here is the prophetic end-piece:

“ln the last 40 years woods, woodmen and the craft of woodmanship have declined at a rate unparallelled in their 3,000 year history. Mass production has little place for variable raw materials whose variable conversion needs skill, judgement and adaptability. Another generation could see woodmanship consigned to the history book.

Of the three woodmen who have taught me their craft, and whose skills I have tried to reproduce faithfully here, only one is still at work in a Suffolk wood. One has since died, and the third retired, neither having been replaced by a younger man.”

There has been something of a revival in The Woods for example The Bill Hogarth Trust in the North West of England.  Only just in time though!  And the problem of skills ceasing with no replacement followers-on is being addressed by The Heritage Crafts Association. And it was the HCA selfiday on instagram with the tag #HCAworkspace for which I posted my own straw skep making instagram.